As companies fail to prop up their stock value amid challenging times, Fangdd's chairman resigns and Weidai loses its spot on the NYSE.
Anna Vod
May. 19, 2022 10:11 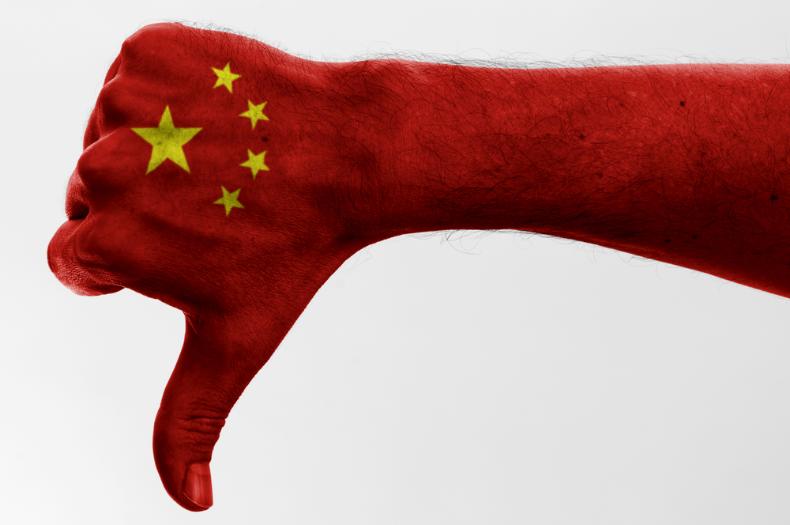 (CapitalWatch, May 19, New York) Gone are the days when fast-rising Chinese internet platforms operating in various industries could look to New York for a listing. Regulatory tightening, incidents of financial fraud, and the macro environment have left investors uninterested. One-by-one, flagging Chinese stocks are using up the last means of propping up their stock value until no means are left – then, only the fittest survive.

These days, Chinese small-caps and micro-caps struggle to either revamp their business entirely and leave the past behind, like RYB Education Inc. (NYSE: RYB), or go private like Hailiang Education Group Inc. (Nasdaq: HLG). Then, there are others that seem to have given up, like Fangdd and Weidai.

Fangdd Network Group Ltd. (Nasdaq: DUO) is seeing its chairman and co-CEO, Yi Duan, resign as its stock drops to 22 cents per share amid uncertainty in China's real estate market. In his place, the company's former chief operating officer and co-CEO, Xi Zeng, is taking the head manager role, according to an official announcement Wednesday.

The company positioned itself as a leader in China's proptech space and saw an influx of real estate agents to its online property marketplace after its late 2019 IPO. This closely preceded the Covid-19 outbreak and the reforms in China's real estate market under which developers could no longer receive loans under certain conditions.

Last year, markets witnessed the default of the massively indebted property giant Evergrande Group (HKEX: 3333; OTC: EGRNF). Some others are expected to follow this year as their due dates approach. And even as the government initiated supportive policies, experts say the market's wild rally is a thing of the past as Beijing focuses on the no-speculation and stabilization policies under tighter central control.

The In a year since last May, Fangdd stock has lost more than 92% of its value. In the company's latest financial report released in November, Fangdd showed a significant decline in the number of property agents on its platform and posted $26.3 million in revenue, a 58% decline year-over-year, on $55.1 million in net loss for the third quarter of 2021. Since late 2021, DUO shares have been trading below the minimum $1-mark and the company faces delisting should it fail to regain compliance. On Wednesday, its market cap sat at $18.2 million.

In its statement Wednesday, Fangdd did not reveal the reason of Duan's departure, only saying that he will remain onboard as a director of Fangdd. When contacted, the company declined to comment on the matter.

Earlier this week, the New York Stock Exchange began the delisting process of Weidai Ltd. (NYSE: WEI) after the company was unable to maintain a market cap of at least $15 million over a consecutive 30 trading day period. WEI shares discontinued trading after the market close on May 16, at the price of 96 cents apiece. Even though the management was able to maintain the minimum per share bid price above the mandatory $1-mark, the market cap of Weidai has fallen to about $13.5 million.

Thus, the company that became U.S.-listed in late 2018 ends its troubled trading run. Unlike the industries like education and gaming, that suffered under Beijing's tightening last year, Weidai has been struggling since 2019, during China's utter crackdown on peer-to-peer lending. Weidai was forced to restructure into a microcredit company and in the process saw its financial standing destabilize.

In the meantime, Weidai said it continued to cooperate with the authorities to regain compliance with the new market policies. It had also attempted to keep up with the U.S.-listing requirements and implemented reverse stock splits to boost its per-share value. Now that it has used up all the possibilities, Weidai loses its ticker.