Profitability--or the lack of it--is still prevalent in the industry despite recent virus-spurred momentum. 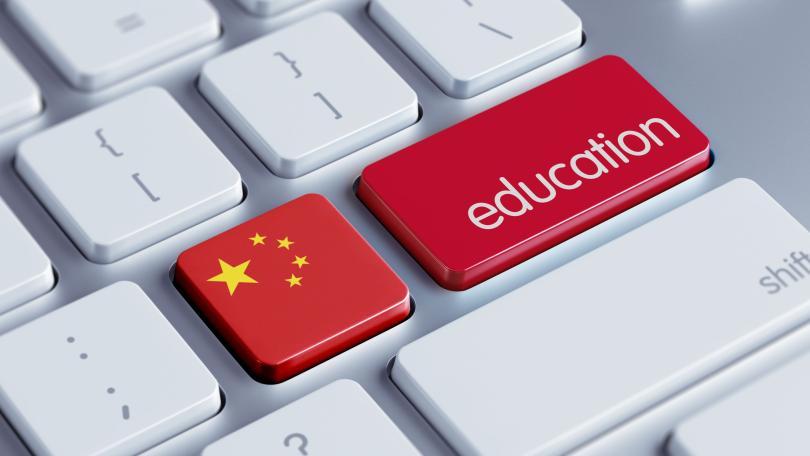 You don't have to be born to an education freak father like me, to realize that education is truly a recession-proof industry in China. Of Chinese parents, 99% will be willing to tighten their belts to invest in their kids' education.

And Covid-19 moved online education into a fast lane. But as China is gradually returning to its former self--albeit a masked version--will the subscribers remain hooked to these virtual classrooms?

According to data from the China Internet Information Center, China's online education attracted about 208 million users in 2018, generating 348 billion yuan ($49 billion) in sales. In 2019, China's online education users increased to about 259 million, and the market size was 404.1 billion yuan ($57.1 billion), reflecting a 16% year-to-year increase.

According to various Chinese media, since the Spring Festival that coincided with the Wuhan lockdown in late January, more than 3 million students have enrolled in free live streaming courses, 40% of whom are new users.

The epidemic has played a direct role in increasing the penetration rate of online education, and long-term online courses take up a greater proportion of the overall offerings. In fact, among the various industries benefiting from the virus-imposed "homebody economy" phenomenon that I have covered in my writings, online education seems to be a longer-term trend.

But do the investors agree?

The way I look at the online education industry, there are tech enablers for traditional offline educators to conduct virtual classes online and there are tech-enabled content providers.

Alibaba's DingTalk and ByteDance's Lark are among the collaboration platforms recommended by UNESCO, along with online communication applications such as Google Hangout Meets, Microsoft Teams, Skype, and Zoom. These are applications that cross over from business to education due to their ability to enable virtual meetings.  DingTalk and Lark have seen their traffic explode as millions of Chinese stayed home.

While online content providers were definitely riding the waves, their top lines weren't necessarily shooting through the roofs. As they ratcheted up online offerings to cope with virus-mandated remote learning, they also lost revenues in offline class, a corporate finance phenomenon known as cannibalism. In addition, many services were offered for free or at a discount in order to sign up new users.

In early March, TAL Education (NYSE: TAL) and New Oriental Education (NYSE: EDU) both slashed revenue guidance due to the impact of coronavirus. TAL, a leading K-12 after-school tutoring service provider operating as Xueersi, attributed its weaker-than-expected revenues to the impact of the outbreak in China and precautionary measures taken with respect to its offline business, which was partially offset by the growth in student enrollments in online courses.

Before the epidemic, TAL derived 20% to 30% of its revenues from online learning and the remainder from its offline centers. Blue Lotus Research Group estimates that TAL charges its virtual classes at a 10% to 30% discount on the prices of similar courses offered at its offline learning centers.

In general, big players like TAL and New Oriental are in a better position to leverage high-quality educational content and technological support to move students from offline to online and withstand the shake-up resulting from the virus.

New Oriental's founder Yu Minhong admitted that although the company had already had an online teaching business, most teachers had no online teaching experience. The sudden outbreak accelerated the migration to online offerings, previously thought to require 3-5 years.

Industry players believe the epidemic will accelerate the transformation of the education industry from offline to online in the long run, resulting in a greater penetration rate.

Yet top players' strong position does not always translate into stock gains in the wake of Covid-19. New Orientalreported better-than-expected fiscal third-quarter earnings on April 21 amid the coronavirus crisis, but this must be read in the context of the previously reduced forecast. The company also gave weak guidance for the current quarter. As of April 22, its stock slid 10% since January 2 and was 20% off its February 10 high.

TAL went public in 2010 at $10 per ADS and currently trades just over $50. Its revenue surged 47% in the most recent quarter, and student enrollments jumped 66% to 2.32 million. The Covid-19 pandemic initially set forth a momentum to TAL's stock as more students attended its remote classes.

But the company revealed in early April that an employee "conspired with external vendors" to inflate revenue at its new Light Class business with forged contracts and other documents. The Light Class business accounted for 3%-4% of its estimated revenue for fiscal 2020.

TAL's stock shrugged off the bad news after the initial dive, as the inflated revenue likely would be a relatively small portion of the total given the weight of its Light Class. Yet concerns over its marketing practices would linger. As of April 22, TAL's stock appreciated at a meager rate of 3% year-to-date and was 15% off its recent high of February 21.

GSX Techedu (NYSE: GSX) is a smaller online education platform that competes against big boys like TAL and New Oriental. GSX is turning heads with its triple-digit revenue and earnings growth, and its stock has tripled since its IPO in June 2019.

GSX's stock had enjoyed a spectacular ramp-up since December 2020.  Chinese industry players observed its breathless growth rate, as evidenced by its revenue that increased by 412.9% to 935 million yuan in 4Q 2019, the fifth consecutive quarter that growth had remained above 400%. Meanwhile, its gross profit margin has also achieved steady growth, at 70%, 71%, 72% and 79%, respectively, in the four quarters of 2019.

But like TAL, GSX Techedu has been on short-sellers' radar these days. In February, Grizzly claimed that GSX inflated its revenue and enrollment numbers. Earlier this month Citron called GSX the "most blatant stock fraud since 2011", questioning its growth rates and margins as "too good to be true".

Specifically, Citron claimed GSX overstated its revenue by about 70% through duplicate class bookings. GSX has denied the allegations, slamming the reports as containing "numerous errors, unsubstantiated statements, and misinterpretation of information".

GSX is facing an onslaught of class action lawsuits, but until additional damaging disclosure, it is unclear the extent to which the investors have incurred losses. As of April 22, its stock was 21% off its recent high on March 2, but still boasted a 44% YTD return.

Young Chinese students do not end their school days as classes conclude; instead, they often spend an equal amount of time in after-school cram classes. Now many such tutorials are taking place virtually. Blue Lotus Research Group estimates that 22% of Chinese K-12 students will take part in online tutoring by the end of this year, up from 17% in 2019.

Ape Tutor (Yuanfudao), an online education brand boasting more than 400 million users nationwide, offers has a suite of online education products such as Ape Counseling, Ape Simulation Test Bank, Ape Search, Ape Calculation and Zebra AI Class. But the company is not a monkey business: as the first unicorn company in Chinese K-12 online education, Ape Tutor has a current valuation of $7.8 billion.

But analysts caution the risks associated with the K-12 segment: the demand for the online programs may not be as high as expected, the quality of the curriculum may not be stellar, and the cost of acquiring customers may be higher than expected.

Currently, there are more than 300 vocational education and training service providers in China. Except for Zhonggong Education and Huatu Education, which are slightly larger, most of them are local players without apparent leaders. The epidemic facilitated the phase-out of less competitive companies.

Although Covid-19 compels vocational education to shift online, in the long term, an online-offline integrated education model, known as OMO (online-merge-offline), will be leading the way.

English Is (Still) the Lingua Franca

When China launched the now controversial Confucius Institute around the world, it had a snappy slogan: "The Future Speaks Chinese."  Well, for now, the Chinese parents still believe the way for their kids to get ahead is to speak English.

MetEn EdtechX Education Group (Nasdaq: METX), which focuses on English training services for adults and teenagers, went public through a SPAC merger at $18 per share and closed at $23.74 on March 31. The stock closed at $12.55 on April 22.

While MetEn's revenues were high, net profit was low. The net profit margin in 2018 was only 3.7%, considered low in the education industry. At the same time, revenue growth declined from 43.4% in 2017 to 23.9% in 2018. Some analysts cast doubts on its ability to make money.

China Online Education Group (a.k.a. 51Talk) (NYSE: COE), an online education platform with a focus on K-12 English lessons to students in China and internationally, is having a great year so far. The stock has been up 150% from January 2 through April 22, though off its recent high at $35 on March 10.

The company turned profitable in 4Q 2019 as revenues reached $57.2 million, up 34% year-over-year. Net income was $200,000, compared with a net loss of $20.15 million in the same period in 2018. The gross profit margin was 72.2%, an increase of 9.7 percentage points year-on-year. Non-GAAP net profit reached 5.26 million yuan, making 51Talk the first online children's English tutorial services to become profitable.

What the Future Holds

China has one of the largest education markets in the world, with an estimated $300 billion in revenues. The country has strong demands for high-quality private education offerings, and historically it offered a significant opportunity for growth across sectors. According to LEK consulting, of the 30 largest listed global education companies, 9 are now Chinese, compared to only 2 in 2013.

All things considered, online education offers great growth potential because both online education consumers and non-consumers are enthusiastic about education technology (EdTech), with 60% of all consumers believing that it has a strong positive impact on learning outcomes. Foster & Sullivan estimates that the penetration rate of online education in 2019 was less than 30%, lower than other Internet-based industries, suggesting room for growth.

These, taken together, suggest that the Covid-spurred momentum does not replace the fundamentals of any specific company. Investors are losing patience with companies pursuing top-line growth without profits in sight.

On April 222 SEC Chairman Jay Clayton warned investors against heightened risks associated with Chinese companies due to impeded access to their underlying audit work documents. While many China companies are listed on U.S. exchanges, they do not adhere to the Sarbanes-Oxley Act accounting rules.

Therefore, investors should look out for industry consolidation that will favor big players with strong balance sheets, and companies with the complementary synergy of online and offline offerings and avoid money-losing propositions that burn cash to acquire customers.

Yan Yan, the managing partner of Saifu Investment Fund, indicated that the online education industry does have great potential, but it would not grow as explosively as projected by the current capital market and the stock market. Fundamentally, the education industry is a reflection of user habits. As such, its growth will keep pace with shifting lifestyles, and not with sudden and arguably unwarranted shifts in the equities markets.