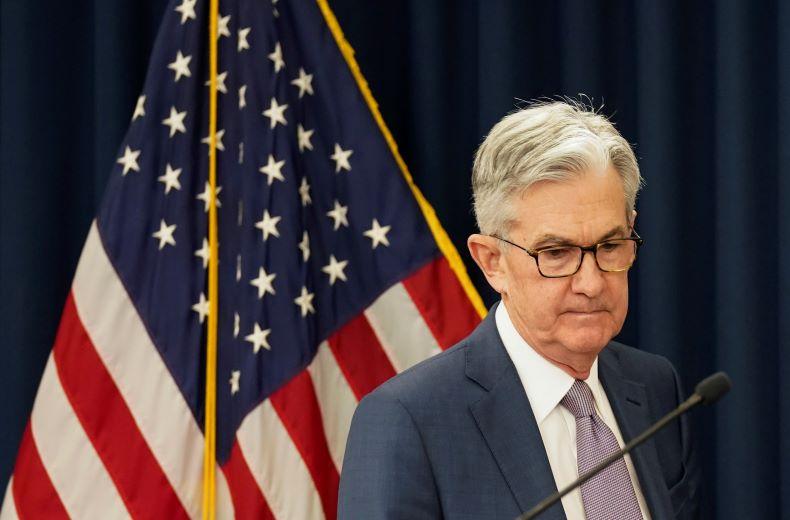 (CapitalWatch, Jan. 26, New York) The Board of Governors of the Federal Reserve System announced Wednesday that it will maintain the 0.15% interest rate paid on reserve balances effective Jan. 27, but signaled a rate hike in the coming months.

Although the result of the two-day meeting was a unanimous decision to stick to its December plans, the Fed's Federal Open Market Committee said that a rate hike as part of efforts to get inflation back down to its 2% goal can be expected in March.

The Fed also announced the discontinuation of the accommodating policies seen throughout the pandemic and reiterated plans to end bond purchases and launch efforts to reduce its asset holdings.

Speaking to reporters in a press conference following the announcement, Fed Chair Justin Powell said that the strong labor market signals that "the economy no longer needs sustained high levels of monetary policy support" seen in 2020 and 2021, but added that although the organization is pivoting its strategy to take a more aggressive approach to tackle inflation, the U.S. Central Bank will remain flexible.

After a volatile start to the year amid worries of the Fed's potential rate-hike plans, markets surged upon the news that the Federal Open Markets Committee plans to leave key interest rates near zero but fell again in light of the news that a March rate hike is likely. As of Wednesday evening, the Nasdaq Composite Index rose 0.02% up 2.82 points and the Dow Jones Industrial Average fell 129.64 points down 0.38%.

Powell also said that the Fed expects supply-chain issues to lessen soon, but ongoing disruptions from the pandemic and continued geopolitical tensions remain large hurdles, noting China's "no COVID" policy inducing lockdowns as the Omicron variant causes cases to rise and political unrest in Eastern Europe as fears of a Russian invasion of Ukraine loom. Powell also said that though it's expected to improve, the supply side of the market will continue to struggle in 2022.

"We do expect now that it will come slower than we had expected and hoped, that there will be relief on the supply side." Powell said. "So that too should lower the supply side barriers which are a big part of the story of why inflation and in addition monetary policy will be becoming significantly less accommodated."

The central bank said that, over time, the Fed's almost $9 trillion balance sheet would be significantly reduced and shifted away from mortgage-backed securities towards U.S. Treasuries, thus minimizing the effect of Federal Reserve holdings on the allocation of credit across sectors. The decisions reflect the Fed's commitment to returning inflation to its target area without causing more market uncertainty.

"The balance sheet is substantially larger than it needs to be," Powell said. "There's a substantial amount of shrinkage in the balance sheet to be done. That's going to take some time. We want that process to be orderly and predictable."