Neither Inflation Nor the Fed Moves Gold 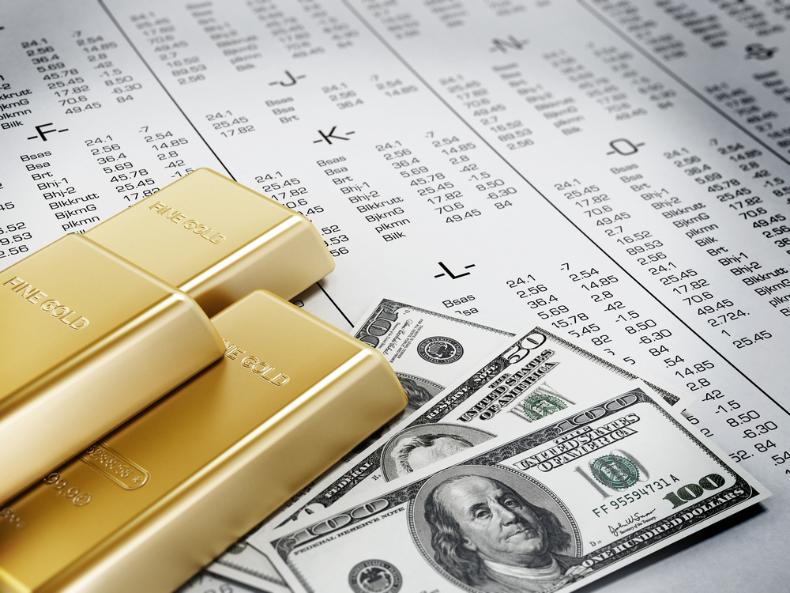 (Sunshine Profits, Jan. 18) "Inflation is too high," admitted Lael Brainard during her nomination hearing in the Senate for the Vice Chair of the Fed. You don't say, Governor Obvious! Indeed, the latest BLS report on inflation shows that consumer inflation rose 0.5% in December on a monthly basis, after rising 0.8% in the preceding month. The core CPI rate increased 0.6%, following a 0.6-percent increase in November.

The situation is actually worse: inflation is not merely high – it's high and still rising. As the chart below shows, the annual, seasonally adjusted CPI inflation rate spiked 7.1%, the highest move since February 1982. 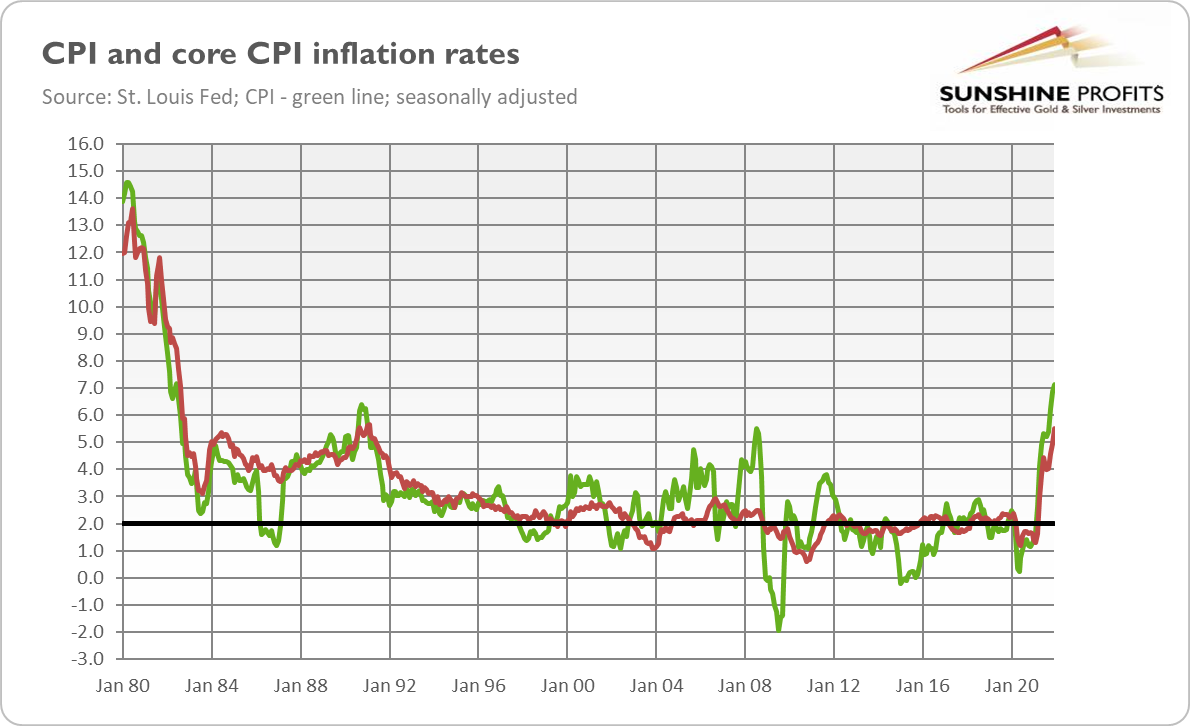 However, 40 years ago, inflation was coming down, and now, it is still accelerating. Inflation has been in a clear upward trend since May 2020, and getting worse month after month since August 2021 (practically, since November 2020, when we skip a short moderation in summer 2021), as the chart below shows. 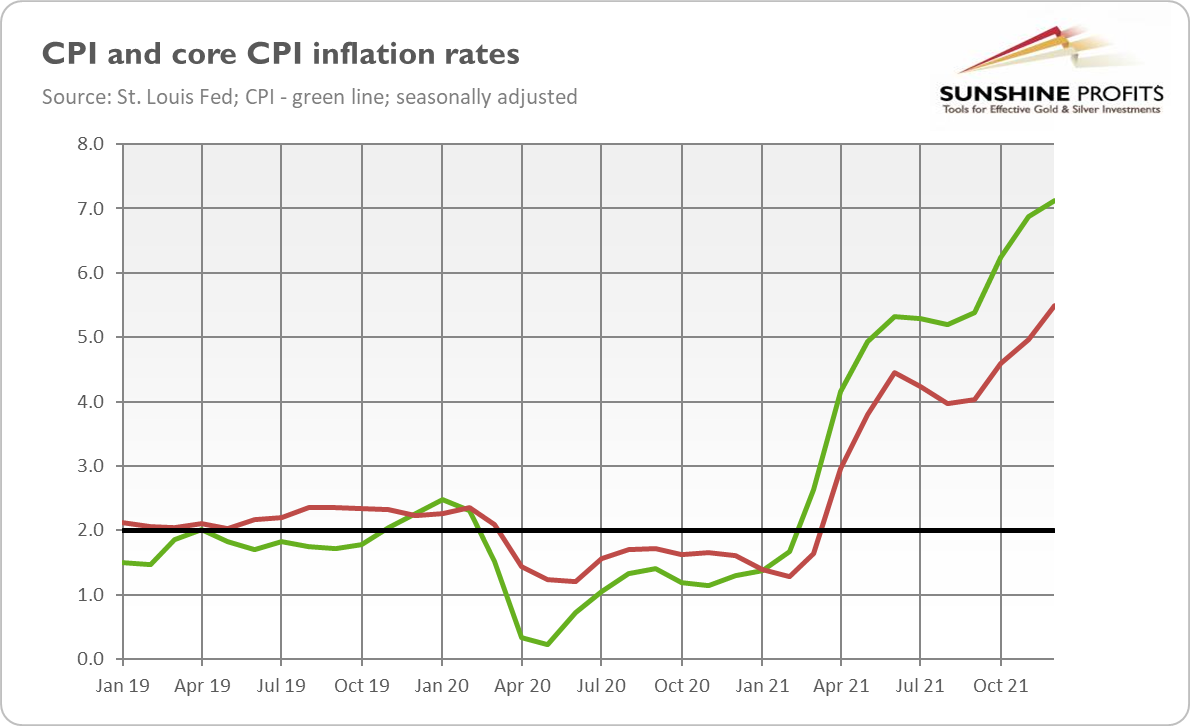 What is really disturbing is that core inflation, which excludes food and energy prices, spiked 5.5%, the highest since February 1991. It shows that inflation has moved deeply into the economy. It's not a phenomenon caused merely by soaring energy prices – we are witnessing widespread, general inflation that covers practically all prices. For example, the shelter subindex, which is the biggest component of the CPI and is much less volatile than energy or food, rose 4.2% in December, the highest since February 2007, as the chart below shows. 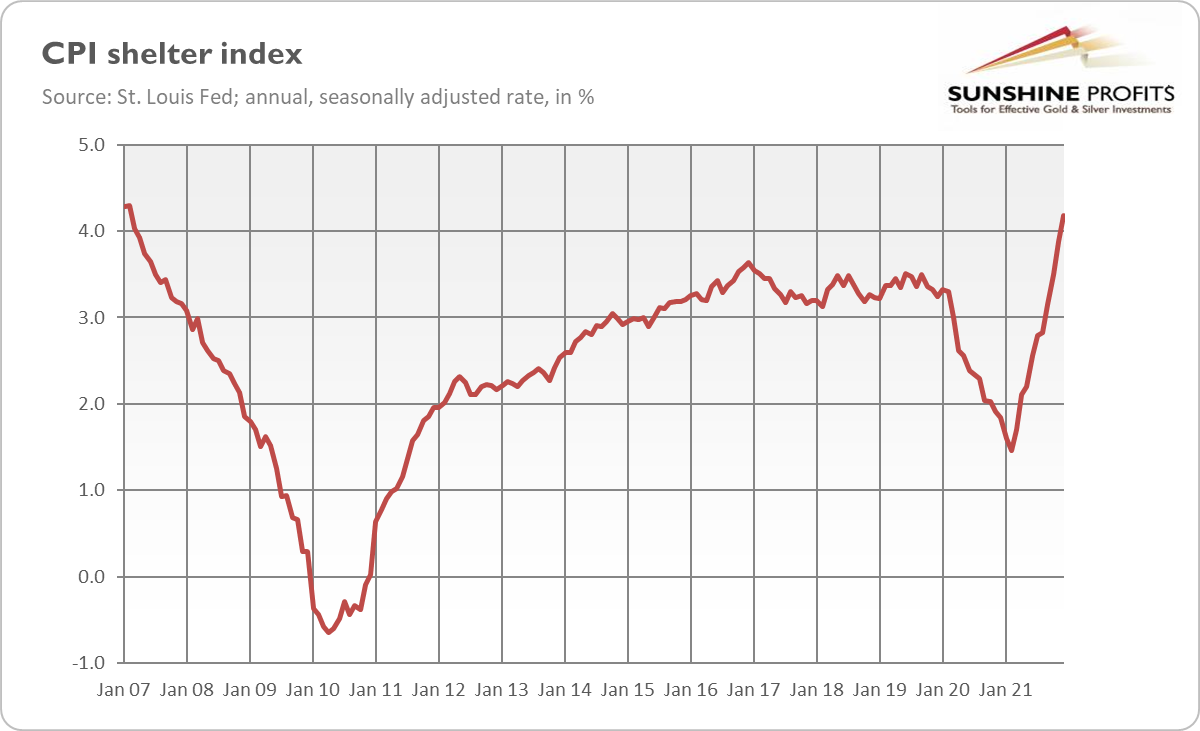 Although inflation could calm down somewhat in the first quarter of 2022 or even peak amid the spread of Omicron and the recent peak in the Producer Price Index, it's not likely to disappear quickly. Its negative impact on the economy is beginning to be felt more and more. For instance, retail sales plunged 1.9% in December, much worse than the forecasted decline of 0.1%. The drop was caused partially by surging prices that took a big bite out of spending.

What does rising inflation imply for the gold market? Well, theoretically, the yellow metal loves high and accelerating inflation, so it should shine under the current conditions. Last year, gold didn't perform spectacularly, but it has recently managed to rise above $1,820, as the chart below shows. I wouldn't draw too far-reaching conclusions on this basis, but at least that's something. 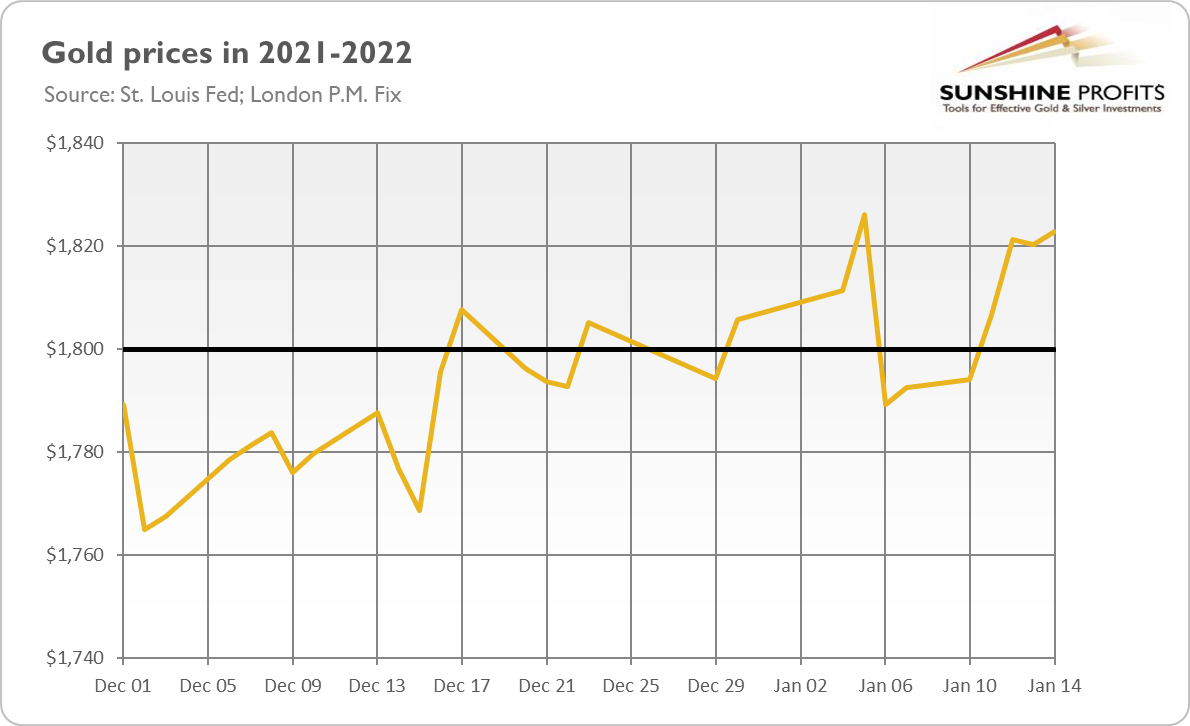 Inflation has been accompanied by an expanding economy last year and, more recently, also by the Fed's more hawkish rhetoric. For a shamefully long time, the Fed kept refusing to deal with inflation. However, Powell and his colleagues have finally awoken. They've already accelerated the pace of tapering asset purchases and signaled successfully to the markets that they'll likely start raising interest rates as early as March. According to the CME FedWatch Tool, the odds of a hike in the federal funds rate have risen from 46.8% last month to above 90% now. Hence, the lift-off is almost certain.

The prospects of more hawkish monetary policy and the sooner start of a tightening cycle should be negative for the yellow metal, but gold didn't care too much about a more aggressive Fed. This is encouraging, but the risk of normalization of real interest rates remains. It might also be the case that neither high inflation nor a hawkish Fed is able to shake gold out of the sideways trend right now. Let's be patient – it might be just the silence before the storm.

If you enjoyed today's free gold report, we invite you to check out our premium services. We provide much more detailed fundamental analyses of the gold market in our monthly Gold Market Overview reports and we provide daily Gold & Silver Trading Alerts with clear buy and sell signals. In order to enjoy our gold analyses in their full scope, we invite you to subscribe today. If you're not ready to subscribe yet though and are not on our gold mailing list yet, we urge you to sign up. It's free and if you don't like it, you can easily unsubscribe. Sign up today!