The company plans to become dual-primary listed by the end of the year. 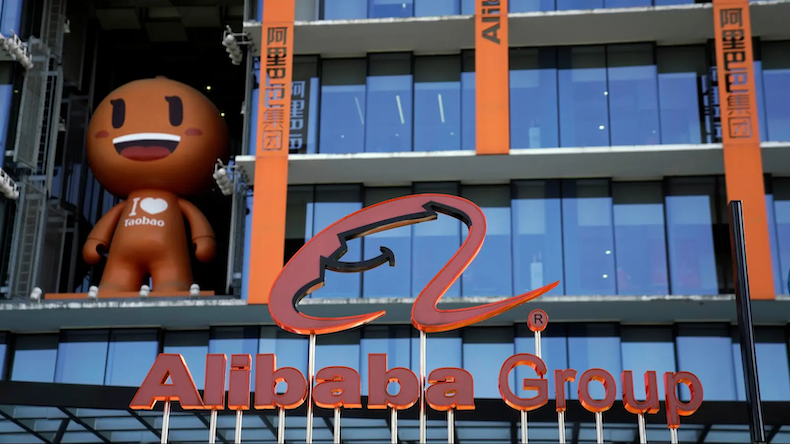 (CapitalWatch, July 26, New York) After a year of fines and investigations, Alibaba is attempting to bring Chinese investors back in and lessen the U.S. risks by shifting its primary listing status to Hong Kong.

"Hong Kong and New York are both major global financial centers, with shared characteristics of openness and diversity. Hong Kong is also the launch pad for Alibaba's globalization strategy, and we are fully confident in China's economy and future," company CEO David Zhang said in a statement.

Alibaba stock rose 5% in Hong Kong after the announcement, and the Hang Seng Index closed up 1.6%. In New York, BABA stock closed 38 cents higher, just in the green.

Audit conflicts are a concern across Chinese companies, but that might not be the main motive for Alibaba's decision.

In a letter to shareholders also released Tuesday, Zhang said the past year's external environment was the "most severe" Alibaba has seen in decades.

Alibaba reported its slowest revenue growth yet in the financial year from April 1, 2021 to March 31, 2022.

The company posted a 10% year-over-year quarterly growth in revenue at $38.06 billion, falling below the estimated $38.9 billion and marking the first time it saw quarterly sales fall below 20%. Earnings per share were higher than expected, at $2.65 a share, compared to the projected $2.56, and amounted to a 23% year-over-year drop. Company shares have also plummeted over 50% in the past year.

When Covid-19 cases began surging in China, cities across the country were locked down, most notably Shanghai. As a major financial hub in China and globally, the lockdown weighed heavily on both local businesses and already embattled international supply chains.

Alibaba has also been at the center of Beijing's crackdown on monopolies over the course of 2021. Its prominence as one of China's largest companies and critical comments from its founder Jack Ma in late 2020 about China's financial policy has made the giant a major target.

The company has been slapped with billions of dollars in fines, mostly for violating antitrust laws and required disclosures of certain deals or acquisitions.

Alibaba also had to further distance itself from its fintech affiliate Ant Group after Ant's botched Hong Kong IPO in 2020. Ant's would-be $34 billion initial public offering was pulled by regulators.

Despite the headwinds, Zhang said that Alibaba was still holding its ground and focusing on its three key areas- consumption, cloud computing and globalization.

Zhang struck a confident tone in the letter, saying the company had achieved its goal of gaining more than 1 billion annual active consumers in China and despite slowing, it's still seeing growth.

"This may be the year in which changes in the external environment has been most severe in decades. In response to these big and impactful changes, our guiding principle has been 'be confident, be flexible and be ourselves."