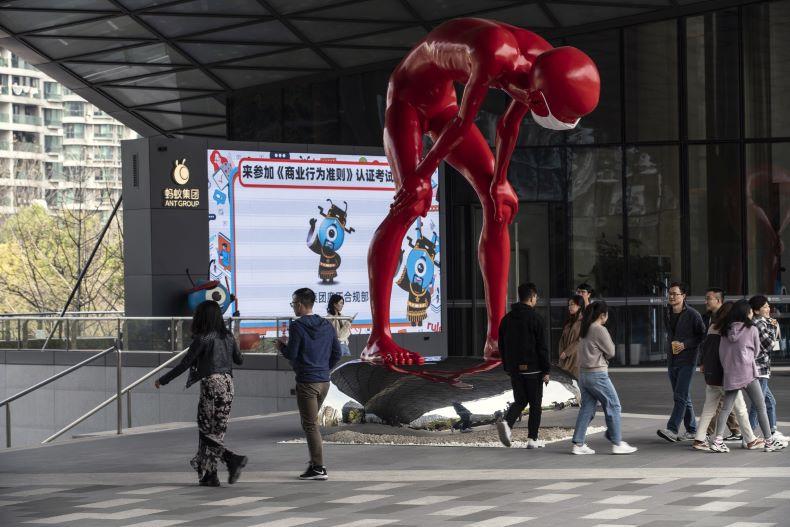 The documentary did not name Ant, but alleged that Zhou's brother received "unreasonably high payments" from private companies that bought shares in firms controlled by his brother in exchange for government policy incentives and real estate deals, according to FT.

The companies that benefited from the preferential policies or real estate deals were also left unnamed, but the Financial Times found through public records that in 2019, a unit of Ant Group bought two plots of land at a discount in Hangzhou after obtaining stakes in two mobile payment businesses owned by Zhou's brother. The city is the hometown of Alibaba and a major tech hub in China. According to FT, the Ant subsidiary allegedly involved in the transactions is Shanghai Yunxin Venture Capital Management Co.

In August 2021, CPC Central Commission for Discipline Inspection and the National Supervisory Commission announced that Zhou had been detained as part of an investigation for possible violations of laws. The investigation was part of a larger probe into current and recently retired or resigned Hangzhou officials' business activities and marked Beijing's increased focus on establishing further boundaries between the government and businesses nationwide.

At the time of Zhou's detainment, rumors circulated that his family invested 500 million yuan in Ant ahead of its IPO and that 520 million yuan was returned before the listing was supposed to happen, but Ant denied this.

Zhou first became Party chief for Hangzhou, the capital of Zhejiang Province, in 2018 after a decades-long political career, also in Ningbo, Zhoushan, and Wenzhou.

The anti-graft authority in Hangzhou has said last year that investigations will continue into officials and their business dealings in the booming tech hub. As these investigations progress, critics say there are other pressing economic issues to be addressed in the city. Specifically, Hangzhou's surging land prices and lagging infrastructure are said to be seriously hampering the local economy.