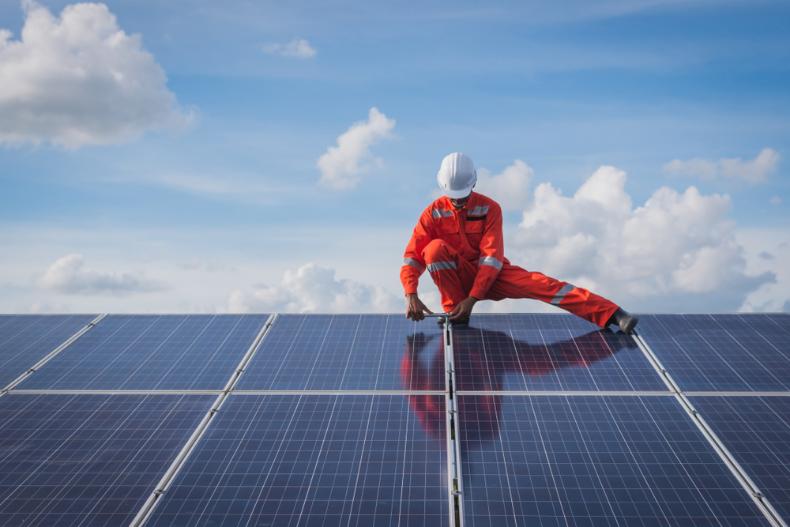 (CapitalWatch, May 4, New York) Chinese solar stocks surged Wednesday, with giant Daqo New Energy Corp. (NYSE: DQ) gaining over 10% on the day, spurred by an upgrade by J.P. Morgan and a nearing resolution to the solar trade probe.

J.P. Morgan analyst Alan Hon has upgraded Daqo to "overweight" from "neutral" and gave the company a price target of $55 per share, a significant upside to the previous close of $42.57. As a result, DAQO stock jumped to $46.85 by day's end, up 10% compared with a 2% rise of the Nasdaq Golden Dragon China Index, which closed at 7,010.16.

Earlier this week, Zacks Equity named Daqo among its stock picks with strong value characteristics. In April, the company posted better-than-expected first quarter earnings and revenue figures, which were $6.99 per share and $1.28 billion, respectively.

Daqo recently announced that its subsidiary, Xinjiang Daqo New Energy, got the green light from the Shanghai Stock Exchange for its planned private offering in China's A-share market. The company expects to raise 11 billion yuan ($1.7 billion) from the offering and will use the majority of the capital for polysilicon expansion project in China's Inner Mongolia, according to the statement.

Other China solar stocks also gained: JinkoSolar Holding (NYSE: JKS) surged 11% to $60 a share despite getting a "neutral" from Roth Capital on Monday. UBS Group also has a "neutral" on JKS, and Zacks gave it a "sell" last week after the earnings report. JinkoSolar reported $2.33 billion in revenue and $4.6 million income for the first quarter.

On Monday, 22 senators implored the Biden administration to quicken the probe in the U.S.-China solar trade that they said has led to "massive disruption" in the U.S. market. The probe revolves around the Chinese companies' circumvention of the raised U.S. tariffs on imports from China by moving their manufacturing to Cambodia, Malaysia, Vietnam, and Thailand.

The probe was set into action after petitioners calling themselves "American Solar Manufacturers Against Chinese Circumvention" filed with the U.S. Department of Commerce in August requesting an investigation. According to Bloomberg, the probe has significantly slowed solar development projects and may lead to hiked panels and parts, should retroactive tariffs on panel imports be imposed.