Could Beijing force the logistics provider to delist as it did with Didi? 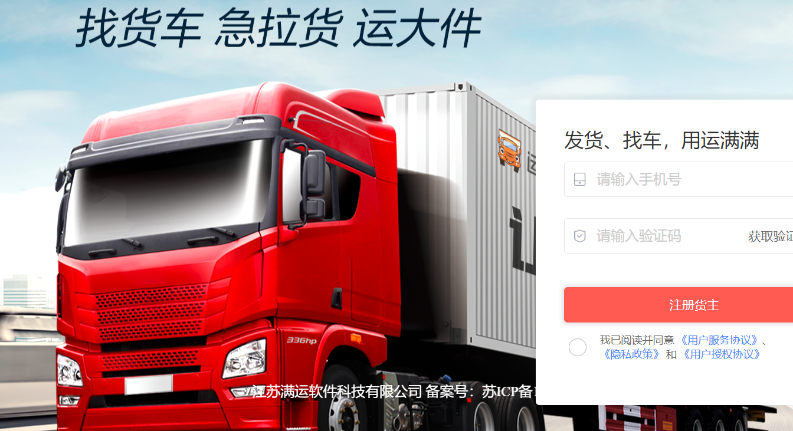 In a statement today, Full Truck said it facilitated 34.8 million orders in the three months through December, up 42% year-over-year. Gross transaction value (GTV) reached 69.5 billion yuan, an increase of 22% from the year-end quarter of 2020, according to the report.

The strong improvement was not enough to boost investor sentiment. The company's stock slipped to $7.94 per share by midday Tuesday. Overall, YMM is down 59% since its June IPO. In fact, this month in particular, YMM stock has been trading at the lowest level since its public listing. Even the company's troubles with the regulators soon after the IPO did not weigh on its shares as significantly as the recent developments.

Full Truck Alliance completed its initial public offering on June 22, raising $1.6 billion. It sold 82.5 million shares at $19 per share. The IPO was quite successful: YMM reached as high as $22.80 per share on Day One. Concurrently with the listing, Full Truck issued two $100 million tranches of shares in private placements, one to Abu Dhabi sovereign investor Mubadala and one to Ontario Teachers' Pension Plan Board.

In its IPO filings, Full Truck Alliance claimed to be China's largest freight transportation platform in terms of GTV. In the home market, Full Truck competes with ForU Worldwide Inc., backed by the logistics arm of JD.com Inc. (Nasdaq: JD; HKEX: 9618). ForU, which held a bigger market share in terms of revenue, was racing Full Truck to a U.S. IPO and failed to reach its goal prior to China's crackdown on overseas listings.

Full Truck has made it to Wall Street just in time – and suffered the regulators' wrath. Along with the crackdown on Didi Global (NYSE: DIDI), China simultaneously launched a cybersecurity probe into Full Truck Alliance, halting new user registrations. As of today, the company said the cybersecurity review of its apps was still pending. That means continued negative impact and potential fines for Full Truck in the future upon the conclusion of the probe – or even a delisting from NYSE, as Beijing has done in the case of Didi.

In part, YMM stock drop this month can also be attributed to the end of the lock-up period on Dec. 20. Today's YMM tumble in particular follows the general decline across markets as the Federal Reserve began its monetary policy meetings, the results to be released on Wednesday.

By early afternoon, the S&P 500 was down 2%, the Dow dropped 70 points, and the Nasdaq Composite lost 222 points. The Nasdaq Golden Dragon China Index (HXC) slipped 1%; it's down nearly 28% over the past half-year and about 8.5% this month. Looking at the markets in Asia, the Hang Seng lost 413 points Tuesday, the Shanghai Composite tumbled 2.6%, and the SZSE dropped 2.8%.

In addition, fueling investor fears today were reports of new subvariants of the Omicron Covid-19 virus, offset by the WHO's forecast on the pandemic stabilizing this year, as well as an Omicron-specific vaccine from Pfizer (NYSE: PFE) and BioNTech (Nasdaq: BNTX).