After a turbulent weekend for Hong Kong-listed companies, things seem to be quieting down. 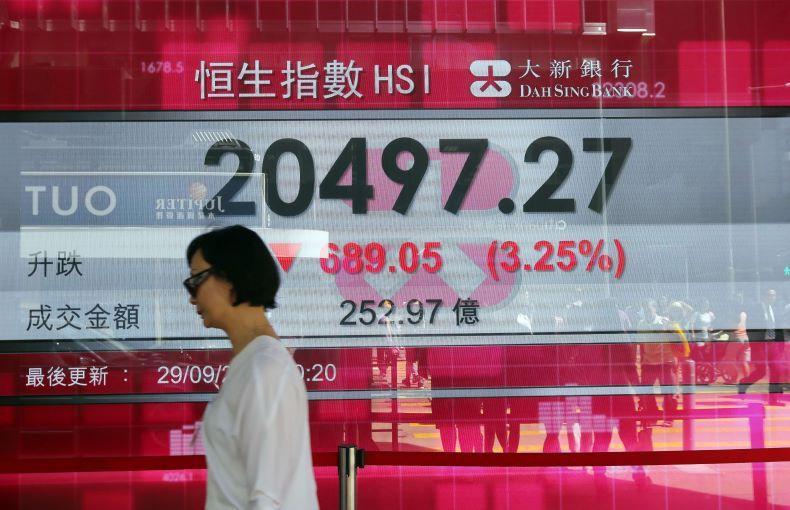 (CapitalWatch, May 10, Hong Kong) Between regulatory concerns, a hawkish Fed, a pandemic, and an election, the Stock Exchange of Hong Kong was caught in the city's turbulent few days.

On Sunday, Beijing loyalist John Lee was chosen to lead Hong Kong in the city's first election since a regulatory crackdown targeting dissent. As the only candidate, Lee was elected with a 99% majority by a committee of 1,500.

The election was met with backlash from some EU officials and likely didn't help the city's declining reputation as a business hub.

The Hang Seng Index's main board fell 3.81% Monday. Though the bourse is seeing slides across sectors, tech is taking the brunt of selloffs.

The Hang Seng Tech Index was down 5.23% Monday and it fell again Tuesday by 3.2%, marking a five-day decline. Tech companies are especially suffering. This latest selloff in an ongoing series was spurred by continuing growth worries and regulatory risks.

As two of the largest tech companies, JD.com and Alibaba took major hits recently as well. Both companies are facing hurdles from both the general conditions and individual blows.

JD was named by the Securities and Exchange Commission last week among companies at risk of being delisted in New York. As the conflict between the U.S. and China over audit requirements for U.S.-listed foreign companies, more firms are at risk of following suit.

Despite being named for delisting and sleeping 8.21% in Hong Kong, JD is up 1.63% in New York Tuesday afternoon.

Alibaba took a beating over suspicions that founder Jack Ma would be arrested. The e-commerce giant is listed in Hong Kong and New York. Alibaba's shares dropped 9% in Hong Kong after the report spread, wiping $26 billion off its market value.

Global conditions are also weighing on the markets overall. The Federal Reserve announced this week that it will raise short-term interest rates by 0.5% to address high inflation in the U.S. This hike is the Fed's first 50 basis-point interest rate in two decades.

Rising inflation has pushed annual consumer goods more than 8% higher in the U.S. President Biden announced that Washington's tariffs on China may also be relaxed to combat the ballooning prices.

Supply chain disruptions that have plagued global trade and the ongoing economic impacts of Russia's war on Ukraine also remain amid the ever-growing list of new developments.

Although this selloff seems to have subsided, the compounding market conditions can't guarantee if or when the next may happen.