"Anything planned is half complete." If you do not think about it, you are unlikely to realize it. Exiting is the same – you must think about it and strive for it. 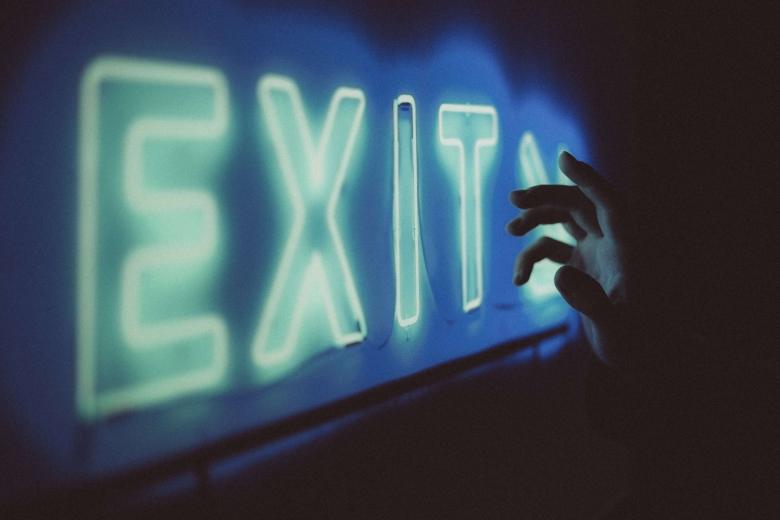 In the investment circle, there is a saying that goes: "Exits are the be-all and end-all. No exit, no point in book value multiples."

But this is not completely correct.

True, the exit is essential: it is how the investment bears its fruit. But book value and estimated value are equally important. They are the reason you can successfully exit your investment. So rather than pedestalizing the exit above all else, I would rather say that the three are inseparable.

Why Is the Exit Important?

Because exiting is tricky nowadays.

Cashing out is the chief concern of primary market investment. Investment cases in China increased by 8,000-10,000 per year for the last five years, involving annual invested capital of a trillion yuan. However, the existing exit channels are too crowded for all of them to cash out, leading to pent-up investments yet to realize.

The limited exit channels are:

The IPO channel is constricted. According to the statistics of Zero2IPO, only 200 to 500 Chinese companies launch IPOs successfully at home or abroad each year, and the number depends heavily on regulations and policies. In 2013, only two companies went public on China's A-share market.

Normally, IPOs only account for 2% to 5% of all exits, which obviously cannot meet demands.

The M&A channel is wider than the IPO one. You can see 2,000 M&A events per year on average. But in fact, only 600 private equity fund investments realized returns through M&A in the last five years. That number is slightly larger than the volume of IPO exits, and it accounts for roughly 6% of all exit events.

Such exit is usually based on a bet-on agreement/VAM agreement, which allows the founder to buy back shares from investors under certain conditions. The return rate of buyback exits registers a low level of between 8% and 12%. Thus, it is seen as more a risk control mechanism to secure the principal than a channel to realize returns.

4. Transfer to other parties

Compared with the previous exits, a transfer is more market oriented. It protects returns, is less subjective to the exit channel, and permits investors to divest their investments in large amounts. To illustrate this, just look at the increasingly important secondaries in recent years.

Unfortunately, due to the information asymmetry and trust cost, transfer exits are still early in their infancy and cannot digest all the stocks.

Overall, less than 20% of projects can cash out through the existing channels, while the majority remaining can hardly find out about the exit doors, let alone get through them.

Why Should You Consider the Exit during Investment Decision-making?

"Anything planned is half complete." If you do not think about it, you are unlikely to realize it.

Say a father thinks his son is excellent at playing basketball. He hopes his son can one day become an NBA superstar. But the father does not pay for a coach or give his son physical training. Nor does he take the son to participate in competitions or socialize with influential figures in the sporting world. He just waits at home wishing that a manager from the NBA would come one day, offer a high salary and invite his son to join the team.

It sounds ridiculous, right? It would never happen!

Exiting is the same – you must think about it and strive for it. If you want an IPO exit, standardize the company's operations; if you want a buyout exit, help the company achieve high performance; if you want a transfer exit, get to know someone in the investment circle.

If you can do none of the above, you can at least reach an "I only want my principal back" agreement with the founder before investment. When the worst scenario comes, you admit that you have found the wrong target and nothing more but invested principal back is all you want.

On the Essence of Exiting

What do we mean when talking about preparing for the exit stage? Think about these core components:

A: How much money do you want to earn? (Expected return on investment.)

B: How much money do you think the company can earn? (Judgment on its growth.)

C: How long does it take to earn the money? (Investment period.)

D: How will you exit? (The exit channel you target.)

The problems in practice are:

3. The most difficult things to control are B and C. You know neither if nor when the valuation of an enterprise can rise to a specific amount. B is the core in practice, making growth potential the key question in investment decision-making.

4. D is less of an issue. As long as the enterprise is growing, an investor shall have lots of exit choices. But D can affect C.

A reasonable exit plan shall meet the following requirements:

1. Consistent with the fund's strategy

A fund's strategy will influence its underlying assets. Say the fund's maturity date is only three years away, but a potential investment is expected to exit in five years because the targeted firm needs that time to grow, and you invested it anyway.

The fund reaches the end of its life cycle, and you cannot realize returns yet. Then you must negotiate with the LP for an extension or fund share transfer. The former may affect the fund manager in raising the next fund, while the latter may bring down the return on investment.

In a word, the maturity date, expected return rate, allocation of capital on high and low-risk projects, investment stage and risk-return profile of the fund should all be considered when deciding an investment target.

2. Practical given the company's situation

Say there is an early-stage company (income level CNY10 million), and the investor decides the IPO exit is due in five years, suggesting an extremely high expected return rate.

What does that mean? This means that an early-stage enterprise, whose product and business model has passed the test of time and market, needs to show an annual compound growth rate of 170-200% in the next three years. Also, the revenue should skyrocket to CNY200-300 million by the end of the third year. Then in the fourth year, it can launch an IPO successfully, a year after which the lockup period is over and the investor can cash out happily.

That is theoretically possible, but practically impossible. The last company to "achieve" this was Luckin Coffee – which promptly sunk into a public relations crisis after news emerged it had inflated its sales revenue by USD310 million in 2019.

Now, if the IPO exit falls through, what to think next? Is a buyout exit still possible for this company in its sector? Is there a buyback clause in the investment contract? How practical is a secondary transaction, and would the fund share transfer hurt the return rate?

If you lack any of these criteria, your exit plan will never be a good one.

Qi Wei, Partner of Thunifund, a fund related to Beijing Thunisoft Corporation Ltd. With 12 years of experience in equity investment, he has led the establishment of multiple investment funds including buyout funds. He is especially experienced in investment decision-making, due diligence, post-investment management and other fields.