The Beijing loyalist was chosen as the city's leader Sunday as the only candidate, drawing ire from the international political and business communities. 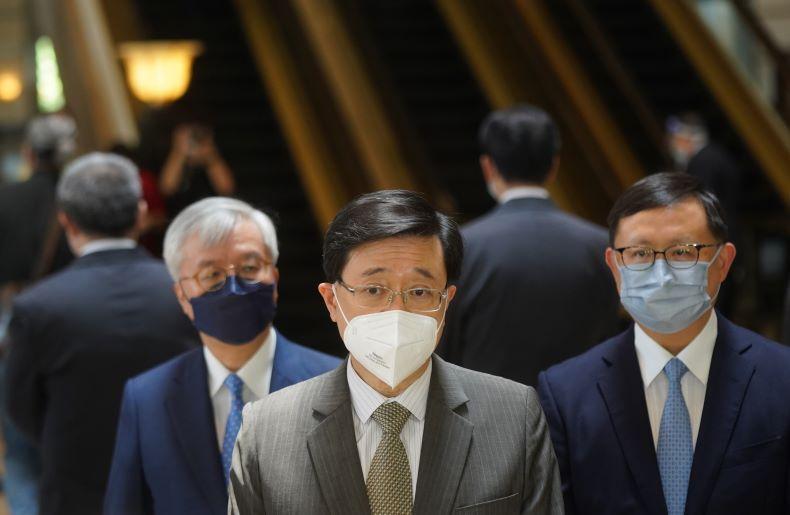 Lee oversaw the crackdown on Hong Kong's pro-democracy movement. As the only candidate, he was elected by a 99% majority by a committee of 1,500.

The new leader will take over from Carrie Lam in July. During Lam's time in office, the city saw large-scale pro-democracy protests and calls for her resignation. Beijing cracked down on the city following the dissent and overhauled election laws.

After mass protests in 2019, Beijing moved to block criticism and ensure that only Beijing loyalists could take political positions. In 2021, the Mainland implemented new electoral laws that required candidates to prove their loyalty to Beijing.

The European Union's foreign policy chief Josep Borrell tweeted his dissent toward the election, saying it "violates democratic principles and political pluralism" in the city, and it's a move toward "dismantling of the 'one country, two systems' principle." Residents also responded to the election with protests.

Between protests and stringent anti-Covid regulations, thousands of residents have left the city since 2019. Meanwhile, as the opposition is crushed and waves of Covid-19 resurge in the city, Hong Kong's international reputation as a business hub has been severely dampened.

The Hang Seng index's main board was down 3.81% Monday. The other indexes also closed lower; the tech index took the largest hit, down 5.23%.

Despite today's slump, however, other Chinese policies are driving more and more mainland companies to Hong Kong's stock market.

An ongoing conflict between Washington and Beijing over audit requirements for U.S.-listed foreign companies has put Chinese firms under pressure in New York. Firms are being named by the U.S. Securities and Exchange Commission for potential delisting and as negotiations for a compromise continue, others not yet named can't relax.

As a result, companies are increasingly seeking dual primary and secondary listings in Hong Kong as a safe haven for company shares.

Lee campaigned on a platform of enacting local security regulations and increasing housing supply. Lee said he will work to secure more affordable housing in the world's most expensive real estate market and improve the city's competitiveness.