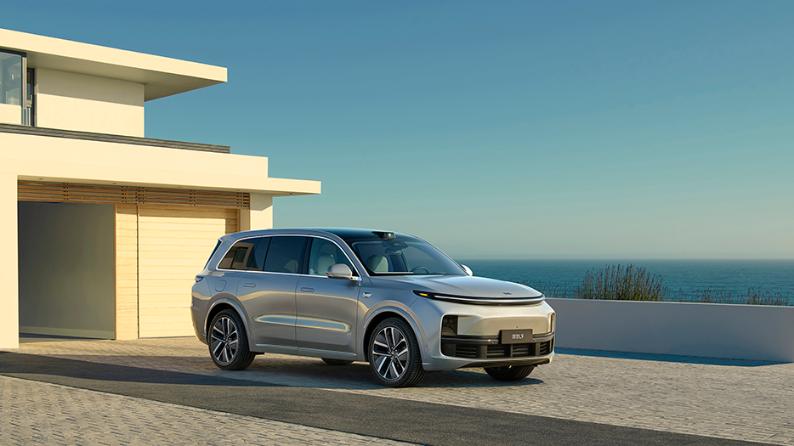 Li Auto showcased its new Li L9, a six-seat, full-size flagship SUV, on Tuesday. As new details emerge on the release, shares in the company rallied over the past few days – on Thursday, LI was up 18% from Friday's close and 27% up in the past five days – and continued rising after-hours.

The company said it will start delivering the L9 by the end of August, so investors do not expect to see delivery figures until Sep. 1 – however, the revealed order numbers for the L9 are striking. The Securities Times reported, citing an insider, that Li Auto counted more than 10,000 orders on June 21 alone, the day of the SUV's release.

Until now, Li Auto only had one vehicle on the market, the Li ONE. Even so, its monthly deliveries have long been comparable to those of rivals Nio (NYSE: NIO; HKEX: 9866; SGX: NIO) and XPeng Inc. (Nasdaq: XPEV; HKEX: 9868), both of which have several models on the market. In fact, last month, Li Auto exceeded both Nio and XPeng in deliveries with 11,496 units amid supply chain constraints.

Even as the EV sector continues to battle supply shortages, Li Auto is moving ahead to increase production capacity. It is now operating its Changzhou factory, working on upgrading the Beijing plant, which it acquired last year from Hyundai Motor, and plans to build a third facility in Chongqing, according to Yicai Global.

Another stock booster for Li Auto and China's EV sector in general over the past week was the State Council's move to extend tax breaks on the EVs. These were set to expire by the year-end, but as China aims to boost consumption in the auto market and the EV sector especially amid a Covid-battered economy, extensions now appear more than likely.