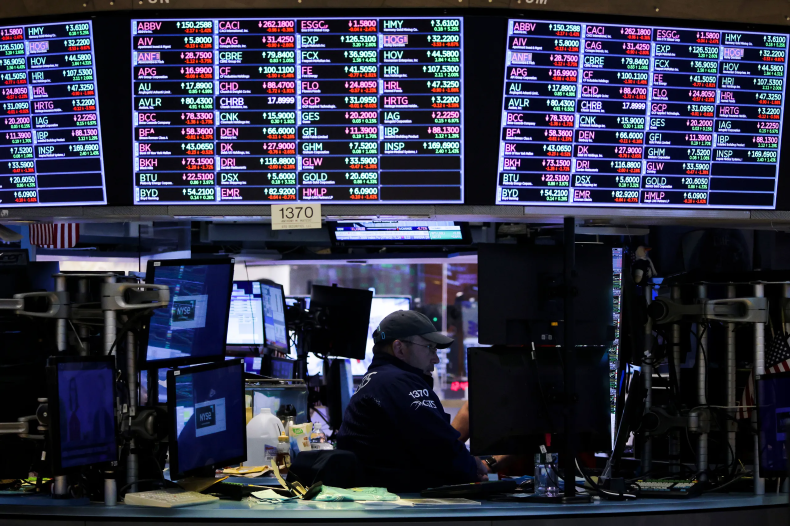 (CapitalWatch, June 14, New York) Markets in New York are seeing a much calmer day today after a massive sell-off Monday that brought indexes down to record lows.

The Nasdaq Composite Index is up by less than a percent Tuesday afternoon after taking a plunge at the start of the week. Dragged down by another major tech sell-off, the index hit a new 52-week low and its lowest level since November 2020.

Both the S&P 500 and Dow Jones Industrial Average are still down today, but it was far less than the chaotic scene yesterday.

The S&P is down around six points, less than a percent, after slipping over 120 points and closing in a bear market yesterday. The index also fell down more than 20% below the all-time high it reached in January and hit its lowest intraday point since March 2021.

After falling more than 730 points yesterday, the Dow is down by another 122 points today.

This could be the calm before the storm as the Federal Reserve's three-day meeting commences. Investors fear the highly possible outcome that the Fed will implement another 50-point interest rate hike.

While inflation rages on, the Fed is attempting to combat it without sending the economy into a tailspin. Many investors and analysts aren't concerned that this is the end of the world, but they're still worried.

The ongoing crypto crash is also adding to investor stress. Coins continue to plummet in value as macro pressures test the strengths investors claimed crypto had.

Bitcoin and Ethereum are seeing recovery today after also hitting milestone lows at the start of the week. Both these leading coins had plunged 70% from their respective peaks on Monday. It's also estimated that crypto investors have lost more than $2 trillion in the last eight months.

Bitcoin dropped 11%, falling below the $25,000 level Monday. The dominant crypto fell more than 20% over the weekend and its market cap fell below $500 billion. After a devastating day, it's seen some slight recovery, up almost 200 points Tuesday afternoon trading at around $22,000.

Although markets are seeing a slight rally today, it hasn't made up for the losses seen yesterday. Additionally, the results of the Fed meeting leave all market performance hanging in uncertainty until later this week.