Among China's booming contract research organization (CRO) market, Tigermed is the undisputed heavyweight champion. How has it done so well? Much comes down to its direct investments and sub-funds investing, which amounts to a jaw-dropping CNY10 billion. And the story continues… 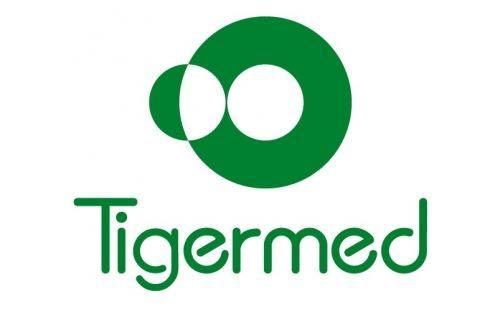 Among China's booming contract research organization (CRO) market, Tigermed is the undisputed heavyweight champion. Starting from scratch in 2004 in Hangzhou, the company has grown into an integrated platform worth hundreds of billions of yuan, with a presence in 39 countries. How has it done so well? Much comes down to its direct investments and sub-funds investing, which amounts to a jaw-dropping CNY10 billion. And the story continues…

On July 12, 2021, Tigermed announced it was joining hands with Hangzhou Capital, Hangzhou High-tech Investment and Hangzhou Tailong Venture Investment to launch a new Fund. The registered capital will be a cool CNY20 billion.

With that kind of cash, the Fund will have plenty of opportunities. It will invest in enterprises involved in hi-tech medical equipment, biopharmaceuticals, medicare services, medicare informatization, digital therapeutics, intelligent manufacturing and the nutrition and health industries.

This Fund, though, is just one of the big waves Tigermed has made in recent years.

How a CNY10 Billion Empire Redrew the Equity Investment Map

Rome wasn't built in a day. But some of Tigermed's biggest moves have been.

It started to build its investment empire in just 2015, and after 2016 it accelerated to bet on fund managers. According to FOF Weekly data, Tigermed has invested in more than 70 funds denominated in RMB or USD, mostly via its subsidiary Hangzhou Tigermed Equity Investment Partnership (LP). Roughly CNY14.2 billion has been injected into the equity investment industry by Tigermed alone.

Following the pandemic, 2021 has seen Tigermed only ramp up its activities further. It sent shockwaves through the industry when it committed CNY520 million into 5 funds in a single day – March 29, 2021. Those included BioTrack Capital, Hankang Capital, Lingang LC Investment, Yunfeng Capital, and a new fund jointly launched by Tigermed and Winfast Holding.

Among the five, Lingang LC Investment is a fund of funds (FOF). Not only has it invested directly in Push Medical, S2C, and GensKey, but it also backed sub-funds such as Oriza Seed, Vision Plus Capital, New Alliance Capital, Future Capital and Walden International.

Since 2015, Tigermed has invested in the funds of more than 30 fund managers, including Qiming Venture Capital, Legend Capital, Tsing Song Capital, YuanBio Venture Capital, Addor Capital, BioTrack Capital, Haibang Capital and Yingke PE. Most of the funds are specialist investors in the healthcare industry, including big health, biomedicine, cell therapy and intelligent medicine, among others.

This is Tigermed clearly stating that, as an LP, it wants to draw a bigger business map and create a friendlier business ecosystem for itself.

Tigermed is a legend in the industry. And the reason is the vision and drive of its co-founders, Ye Xiaoping and Cao Xiaochun.

On November 11, 2002, Cao Xiaochun resigned from Hangzhou Jiuyuan Gene Engineering Co., Ltd., which was founded in December 1993 as a member of Huadong Medicine Group. Cao Xiaochun invited Dr. Ye Xiaoping, who was at Roche Pharmaceuticals at that time, to jointly establish Tigermed Consulting. It was a risk, but Dr. Ye knew that his partner was onto something big. He invested as a "shadow shareholder" in the name of his wife.

In 2003, Shi Xiaoli, who would become a leader at Tigermed, returned to China. Shi Xiaoli had served not only as an executive in many pharmaceutical companies, but also as an LP in many investment companies. This experience would be crucial for the blossoming company, and the founders quickly onboarded him.

In 2004, Dr. Ye took the official leap to Tigermed, resigning from Roche Pharmaceuticals. Now the trio hit the road running: their many years of experience in the pharmaceutical industry gave the company a highly competitive edge. Tigermed, now listed with China A-shares and H-shares, has created its own legend of the medicine and healthcare industry – it represents half the shares on the market. Collecting business income and reinvesting into the industry, Tigermed has its own secret recipe for success.

Some of that success is down to effective collaboration. The story between Tigermed and Qiming Venture Capital, for example, began even before the former became an LP in the latter. As early as 2008, when Tigermed was not a public company yet, Qiming Venture Capital had channeled $5 million into Tigermed as an early investor, which was followed by another $2 million in 2010. The connection between the two grew, and they started to invest jointly in pharmaceutical firms.

Tigermed has publicly declared its investments in dozens of enterprises in the medical and health industry, rendering itself a well-known VC investor. Its intention is obvious – financial returns are one aspect, and upstream and downstream partners along the industry chain are the other.

Tigermed enjoys great advantages in investing because it, as a corporate investor, has industrial resources and expertise in the vertical. As one fund manager remarked on the company's aggressive steps, "It's very understandable for Tigermed to invest in funds. Investment returns contribute greatly to its profit."

When Tigermed announced the joint launch of the CNY20 billion Fund on July 12, its share price climbed steadily.

A Major Player on an Emerging Map

Corporate venture capital in China has grown up. Once the unorganized expansion of direct investments, corporate investors are evolving fast. They want to back GPs to seek both financial returns and strategic competitiveness in the industry landscape. And they are finding success.

Amid the vibrant financing scene growing within the medical and health sector, it is the 17-year-old hero of our story today who is top dog. Tigermed came out swinging in 2004 and never looked back, and its aggressive investment and strategic partnership have left it holding the title belt high. The only question now is, where does it go next?