What to Know About Tesla's Stock Split

The EV giant's second stock split in two years is slated for Thursday, following a trend across major companies. 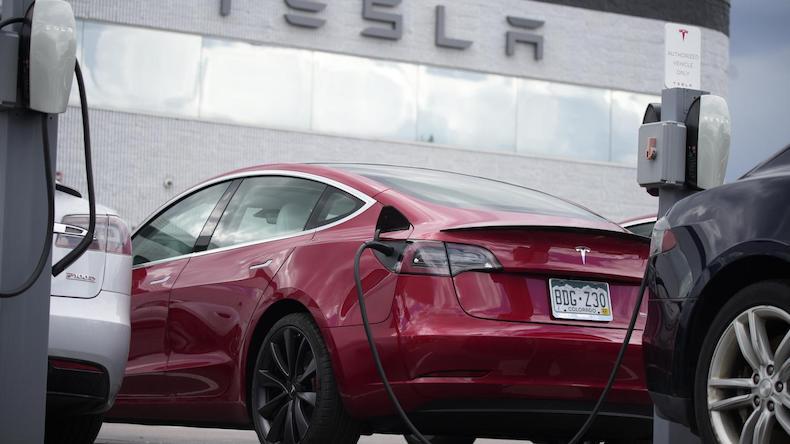 (CapitalWatch, Aug. 24, New York) The leading electric vehicle maker Tesla is set for a stock split this week after a fairly disappointing year for the company's shares.

Tesla (Nasdaq: TSLA) stock has been struggling in 2022, down over 25% year to date. Although multiple influences weighed on the company's share price, the dips over the last few months seem to correspond heavily with Tesla CEO Elon Musk's antics.

Although it's not unusual for the company's leader to make headlines, his bid to buy Twitter (NYSE: TWTR) and the deal's catastrophic fallout shook investors more than his usual controversies.

In the would-be $44 billion takeover's uncertain financing, Musk was said to have used some of his shares in Tesla to back the deal. After months of back and forth with staunch resistance from many Twitter employees, Musk is now trying to back out.

It's not likely that Musk will successfully go through with the Twitter purchase now. But when it was first announced, investors worried about Musk's financing of the deal as well as the impact of his potential appointment on Tesla's performance.

Musk's behavior isn't the only thing to blame for Tesla's struggles. Both the S&P 500 and Nasdaq have fallen into bear market territory this year. Additionally, companies across the board are still dealing with supply chain delays and chip shortages.

In the U.S., gross domestic product has been on the decline in 2022, inflation is ballooning to 40-year highs, and the Fed is hiking interest rates to make up for it.

For the second quarter of this year, Tesla reported some supply chain-related setbacks, but still performed in several aspects. The company's profitability was impacted by rising prices of raw materials and goods as well as the impacts of China's widespread Covid-19 lockdowns interrupting supply chains and manufacturing.

Revenue met analyst forecasts, however, with a 41.6% year-over-year increase in the second quarter, which the company largely attributed to an increase in vehicle deliveries and prices.

The stock's lackluster performance and macro issues aren't exactly a death sentence for the shares. Investors are flocking to stock splits as companies shift course to avoid major financial hits.

Stock splits open up company shares to a wider pool of buyers. Casual investors with a range of budgets will capitalize on the move. Additionally, when you consider that Tesla is reporting relative stability in a time of uncertainty, its performance will likely build confidence among investors who are taking advantage of the market's current dips.

Considering Tesla is reporting relative stability in a time of broader market uncertainty, the split is likely appealing to many investors.

Tesla shares were up less than half a percent Wednesday trading at $891.29.